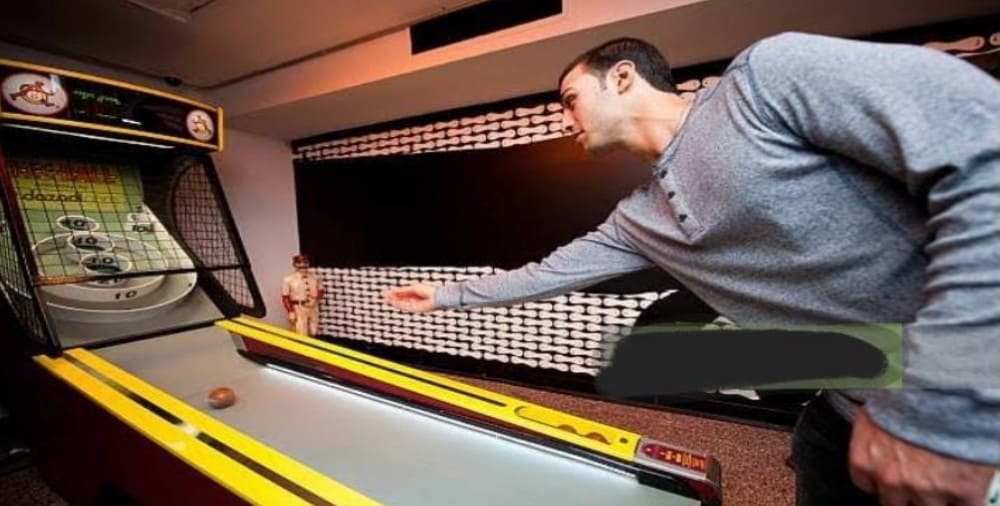 Skee ball is a classic American arcade game that has been around for over 100 years. The game’s objective is to roll a ball up an inclined ramp and into one of the numbered holes. The higher the number, the more points you score. It is a great way for your customer to have some fun and compete with friends or strangers. As us about having Club Lucky arrange and manage tournaments at your venue. And, our Skee Ball rentals have the option to print tickets for free items when certain scores are reached – encouraging even more playtime! The prizes are up to you – free food, drinks, games, and more. 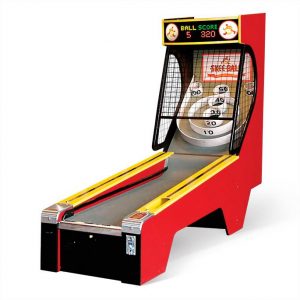 What is a Skee Ball Arcade Game?

Skee ball is a game in which players roll balls up an incline to score points in one of several holes. The game was invented in 1908 by J.D. Estes and has since become a popular arcade game.

Players start the game by rolling their ball up the incline, aiming for one of the scoring holes. The number of points scored depends on which hole the ball falls into. The game is won by whoever scores the most points after all balls have been rolled.

Skee ball is a fun and easy way to pass time and compete with friends. With its simple rules and easy-to-understand gameplay, it’s no wonder this game is loved by many!

The History of Skee Ball

Skee ball is a classic American game that has been around for over a century. The game was first invented in 1909 by J.D. Estes and his brother-in-law, Charles Henry Dowd. The game was originally called Skeeball Alley and was designed to be played in carnivals and arcades.

The objective of the game is to roll a ball up an inclined lane and into a hole, scoring points for each hole. The game is typically played with nine balls, but can also be played with fewer balls.

Skee ball became increasingly popular in the 1920s and 1930s, as more and more carnivals and arcades began to feature the game. Today, skee ball is still a popular game, often found in modern-day arcades and amusement parks.

How To Play Skee Ball

Skee Ball is one of the most classic games at the arcade. The goal of the game is to roll the ball up the lane and into the hole with the highest score. Here are some tips on how to play Skee Ball at the arcade:

There are many different types of skee ball machines available on the market. They come in all shapes and sizes, from small tabletop machines to large floor models. Some have electronic scoring, while others use the traditional manual scoring system. Emerson Amusements Skee Ball Arcade Games have the latest electronic scoring, provide tickets for high scores, and can arrange for tournaments at your venue.

No matter what type of machine you choose, a skee ball is a great way to have some fun and compete with friends.

How Much Does it Cost to Rent a Skee Ball Arcade Game?

Where Can I Rent a Skee Ball Arcade Game?