“There’s no such thing as bad weather, only inappropriate clothing!”
-Anonymous

Golf is one of the oldest and most addictive games in the United States (as well as abroad). If you have a golfer in the family, no doubt they’re practiced in the house, in the office, or disappear on weekends. It is no wonder then that the arcade game Golden Tee (2021 version) has become all the rage, 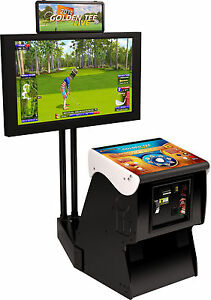 What Is Golden Tee Arcade Game?

Golden Tee (2021 version) is an arcade video game that was created in 1989. The game is played on a golf course that is displayed on a monitor. Players use a trackball to control the direction and force of their swing to hit the ball. The object of the game is the same as the actual live version of golf: to get the ball into the hole and complete the course in as few shots as possible. Golden Tee has been very popular over the years and has spawned many sequels and spin-offs.

History: How Golden Tee Came to Be

Golden Tee is one of the most popular video games of all time. The game was created by Larry Hodgson and Jim Zielinski in 1989. Hodgson and Zielinski were both working for Incredible Technologies at the time. They had been working on a driving game called Night Driver, but it wasn’t doing well. The two men came up with the idea for Golden Tee while they were playing golf. They thought it would be a great way to combine their love of golf with their work in video games. Golden Tee was released in 1989 and quickly became a hit. It is still popular today, more than 25 years later.

Gameplay: How to Play Golden Tee 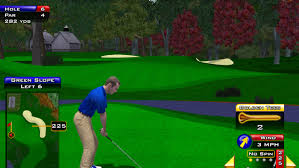 To play Golden Tee, first, insert your money into the machine. The object of the game is the same as live golf. There are 18 holes, and for each, you “tee off” hitting the initial shot as far and straight as you can. Thereafter, based on where the ball lies, you continue hitting the ball up the fairway onto the green, where you “putt” it into the hole. To hit the ball the player uses the game’s trackball for aiming and to apply the force desired for each shot. If the player makes it into the hole with only one shot, referred to as a “hole-in-one”, they earn extra bonus points. After each hole, the score will be tallied and displayed on the screen. The player can choose from a variety of different golf courses, and the game keeps track of the players’ scores.

Popularity: Why Golden Tee Is So Popular

Golden Tee is one of the most popular video games of all time. It is played in bars and pubs across the world. But what makes Golden Tee so popular?

With new courses and graphics, this is a sure winner for your venue. 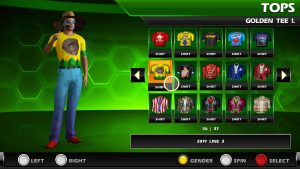 There are a few reasons for Golden Tee’s popularity. First, it’s easy to learn how to play. Even if you’ve never played before, you can pick up the basics in a few minutes. Second, it’s a very social game.  Golden Tee is a great way to pass time with friends (or strangers) while enjoying a few drinks. There’s always a sense of camaraderie when you’re playing Golden Tee. It is fun and relaxing, as one of the more popular arcade games that are used for tournaments in bars and pubs, customers like to play so that they can hone their skills for such tournaments, where there is the opportunity to win cash and/or prizes.

Ask us about Club Lucky arranging a tournament at your venue.

What Is The Cost to Install Golden Tee Arcade Game?

NOTHING! It is a revenue-sharing program. Emerson Amusements takes the risk, you share in the profits. They’ll deliver and install Golden Tee (2021 version) with no out-of-pocket expense to you. Watch the video to learn more.

You can place one machine, or build your own mini-arcade, and as an operating member of Club Lucky, Emerson will even organize leagues, contests, and tournaments to help promote your venue. Golden Tee 2021 is one of the more popular leagues and tournaments along with Skee Ball, and Big Buck Hunter.

Where Can A Bar Order Golden Tee Arcade Game Installation?

Emerson Amusements has been supplying arcade amusement to bars, pubs, restaurants, arcades, and amusement parks since 1937.