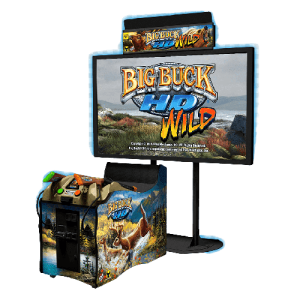 Mechanix and Raw Thrills. The game features a large screen display with a simulated hunting environment. Players use a plastic rifle to shoot at digital animals that appear on the screen.

The game was released in 2000 and has since been ported to multiple platforms, including the Wii, Xbox 360, and PlayStation 3. The Big Buck Hunter Arcade model has received some praise from critics for the game’s realism. It has had several version updates, and the latest version is available from Emerson Amusements in NYC.

Whether you’re a seasoned hunter or a first-time player, Big Buck Hunter is an arcade game that’s easy to learn and lots of fun. Here’s how to play:

Why Big Buck Hunter Arcade Game Is So Popular

In today’s society, people are always looking for new ways to have fun and relieve stress. For many, the answer is video games. They provide an escape from reality and allow players to engage in grand adventures. One of the most popular genres of video games is hunting games. And one of the most popular hunting games is the Big Buck Hunter arcade game.

So why is this game so popular? There are a few reasons. First, it’s a very simple game to play. You don’t need to be a gaming expert to pick up a controller and start playing. Second, it’s a great way to bond with friends or family. Thirdly, it’s competitive. And lastly, Big Buck Hunter is one of the more popular arcade games that venues use for tournaments, so customers can not only play to have fun but also have a chance to compete for cash and/or prizes.

What Does Installation and Rental Cost for Big Buck Hunter?

It is risk-free! That’s right, Emerson Amusements will install Big Buck Hunter in your bar, restaurant, arcade, and/or another venue, without any money requirement on your part. Emerson Amusement will install it, maintain the maintenance and servicing of the games, and you simply provide the space and share in the profits.

Emerson Amusements takes the risk, and you share in any profits Watch this video for more info


With such a wide variety of options, you can rent one machine, or build your own mini-arcade (Emerson Amusements NY also has many other games and amusements, including Digital Video Jukeboxes, Photo Booths, and classic video game machines.